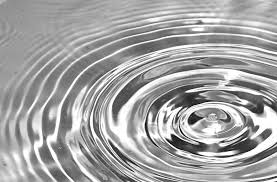 There are moments in our life that change us. They can sometimes be big, significant events that rock us to the core of our foundation. Conversely, they can also be subtle slips of time that we don’t anticipate, but spread like ripples in a lake that touches everything. And that story affects even more people than we may realize.

This is one of those moments that changed me.

Last week, I entered a short story in the Canada Writes “Defining Moments” contest. I mentioned it before, but bring it up again today for another reason. While I am thrilled with the response I have received for my story of a moment which defined whom I am today, that response itself is having its own effect. I knew I had to tell as many people as possible about the contest to have any chance of getting into the final twelve. I am savvy enough to realize that involves a lot of networking to achieve, so posted the story on my personal Facebook page and my writer’s Facebook page. It also meant tweeting about it, sharing it on Google+, LinkedIn, and emailing plenty of friends and family.

And as of today, my story has had the most views, as well as likes.

I am not naïve enough to expect that the prize is mine just yet. The contest is open until February 23rd, with plenty more entries to be posted and voted on. I do believe it puts me in a good position though, which elates me.

How Your Story Affects People

What touches me more than the votes though is the responses I have had. Yes, voting is important, but I have received so much more than that. Several people shared my story via email, on their Facebook pages, and through twitter. Some of those people are friends I haven’t talked to or seen in ages. I am even talking years in some cases. Plus, people are saying how touched they are by my tale, as well as how good a writer I have become. Those are the moments rippling across my soul. I am bringing tears to people’s eyes!

Now I don’t want to make people cry, but the knowledge that I can touch people is so very humbling. And whether I win the contest or not, I consider myself a winner just in going through the process. I have reached out and affected people with my story. And that is the purpose behind writing. Maybe I have found my niche after all?

So if you haven’t had a chance, I would appreciate it if you could read my entry. Every new vote I see tickles me hugely, but knowing I am touching souls is even more powerful. My story affects people and knowing that changes everything. Thank you to everyone who has taken the time to read it . Bless you all.

FacebookTweetLinkedInEmail
The Workstation: A Reflection on My Work-From-Home Life Defining Moments: Rewriting Me

The Key to the Keyphrase

Writing Classes: Why All Writers Should Take One

Roughing it in Africa